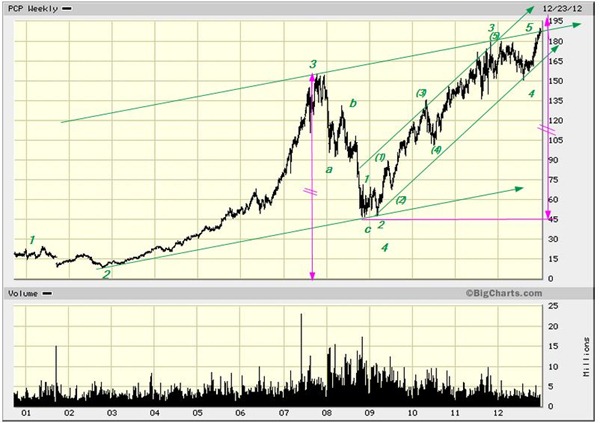 This company makes various metal parts for the aerospace and defence industries. It is the only  US company in the S&P that is headquartered in the state of Oregon. In the early fifties it made chainsaws. It keeps growing organically and by acquisitions. Sales and profits have risen tremendously but not quite as fast as the stock. At $196 the vertical distance travelled in wave 5 will equal that travelled in waves one and three combined, a frequent stopping point. It is right on the upper trend line and 5 wave sequences can be counted in all degrees. We think it is a sell between here and $196.