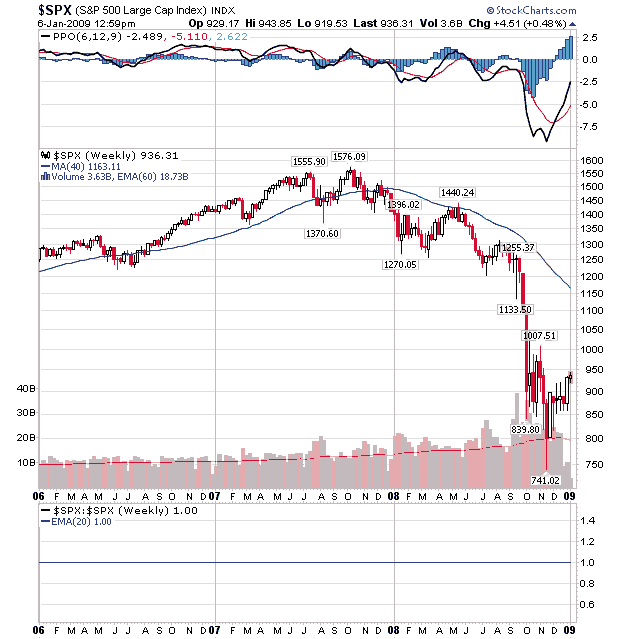 Another look at the S&P index. I view the move from 1576 to about 1250 as a first wave, which s then retraced in wave 2 by about 2/3 to 1440. Then wave 3 takes it down to 741, alternatively wave 3 is not even finished! Either way a return to 1000 is reasonable regardless of this being a 4 of 3 or a 4 of the whole move. The lack of alternation actually favours the idea that this is only 4 of 3. Who cares, the main point is that the whole thing is incomplete(by the way , the triangle notion offered earlier sort of combines both alternatives in a fairly elegant package). Assuming that this 4th stops at about 1000 then look for 5 to more or less equal 1 at 250/300Â  taking it down to at least match the old low and perhaps exceed it. However care should be taken as in the big picture an a-b-c correction since 2000 could be construed as complete! Do not think so.

This would be unlikely as the C is nearly always larger, and often much larger, than the A. I remember back in ’92 forecasting an S&P to 500 , at the time it was 400, the only response I received was ridicule even if constructive, so perhaps 600is not out of the question.