Mr.  Prem Watsa (?) has my total admiration for being , apparently, a pretty smart investor who until recently was primarily in cash and/or short equities and for being RIGHT. Not a mean feat as contrarians are alone and unloved making it difficult to stay the course wherever that may take you.  But one is only as good as the last trade; below is the chart from the past. 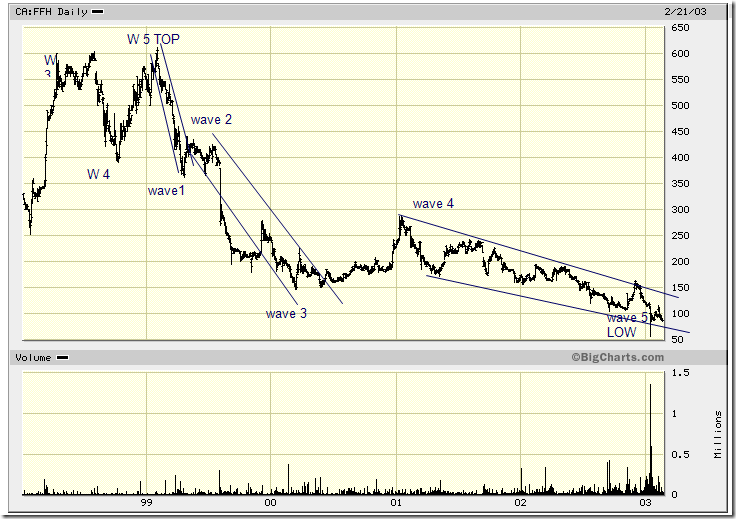 I remember that back in 1999 there where quite a few young brokers, new to the business, who dutifully listened to the analysts and bought the stock only to watch their clients get slaughtered as the stock dropped precipitously. I am afraid of heights which stopped me from getting involved (except later at about $100 only to get stopped out). What next??? 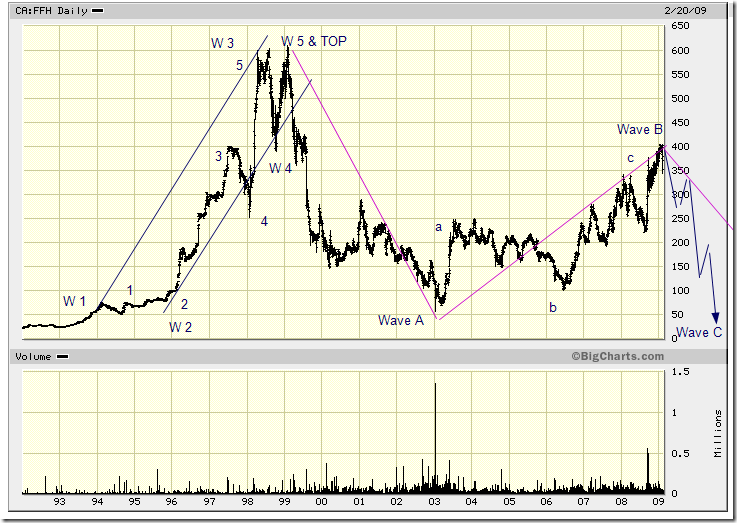 Who knows. But we do know that the distance to zero is once again pretty large at $400 recently Also we know the Fibo ratio of 61.8%, which roughly applied yields; (600-50)x0.618 +50 = 390 and as the low was a little above 50 that is close enough. Also the pattern over the past few weeks was clearly that of a rising flag (wedge), usually a dead give away. The stock will have to hold $250 as otherwise we could be in the second 5-wave leg down of this correction which would lead to a new low. (see for instance GE chart shown earlier, same numbers X10).