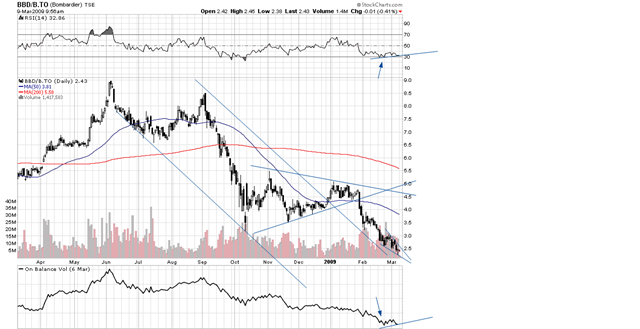 This one is a few cents short of our target of $2.25 suggested a month and a half ago. Assuming that as one of the few companies that makes trains for governments on a cost + basis, this one will probable still be around after this correction , in which case this is about as cheap as you can get. Initial targets would be in the $4/5 area. It is a buy now or at the suggested target. The last wave of the 5th is a clear mini diagonal that still could get to the $2.25 level but that is now academic.