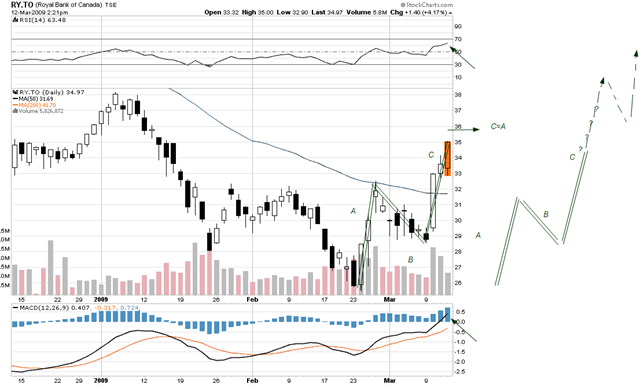 As stated then we did not know if we would get 5 or 3 waves up, therefore at $35-$36 it was time to get out (rather many sure deals than a few bad ones). Now we know, it is 5-waves up which means that after an intermission ( b or 2) we should get another 5-waves to complete the move. This is what it might look like.

As it did follow the 5-wave track rather precisely I would now expect a pull back of about 61% to about $33 once it has reached about $42 /$44 or so. This is micro-managing the stocks future  and should be taken with a good doses of caution and lots of salt. Ultimately the stock could trade back up to $44/$48 which at the moment seems crazy but we should remember that most of  the negative stuff applicable to the US does not apply here. This is an oligopolistic backwater where banks are far less entrepreneurial,we do not have liar loans, mortgages without recourse and or the same degree of securitization. What we do have is the license to gouge provided by our central bankâ€™s interest rate policy. Most other banks do not look as positive, in fact NA looks more like a 3-wave correction. It might also be a good trade to buy, say the Bank of Commerce and sell the Royal. Below is 2 â€“year chart. 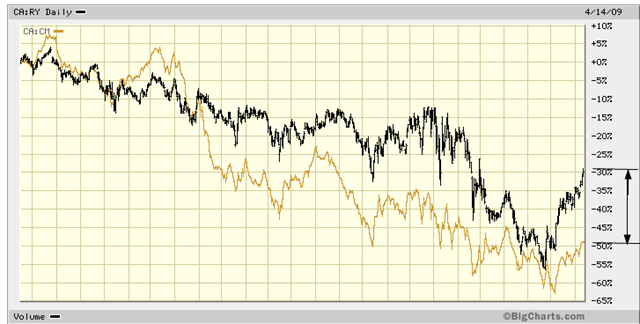