On January 22 I made a first attempt at â€œcallingâ€ RY. Here is the chart and that comment. 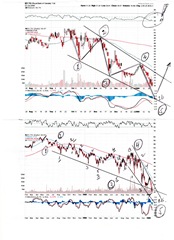 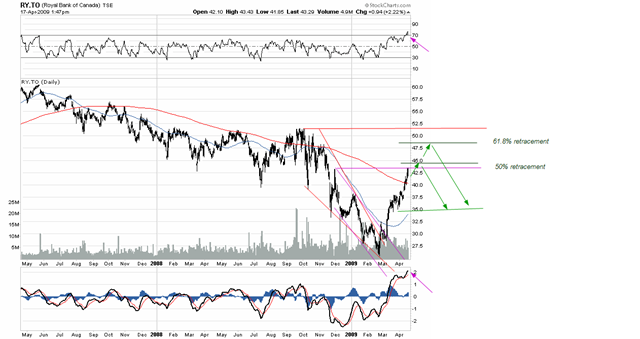 Should we retrace 50% of the entire drop it would bring us to just under $44, basically where we are today. Notice that the RSI, for the first time in years is above 70% and the MACD is pretty well at the ceiling.(all this after a $850 mln write-off, just goodwill so it does not count?). A little higher is possible to about $48 where 61,8% retracement resides or even $52. As I think today is a top of sorts ( see yesterdayâ€™s comments) in markets in general, I would get out immediately as the stock should trade back to about $35 even in a bull market. RY is unduly benefitting from a â€œhome-biasâ€ effect combined with a Canadian tradition to buy the banks when in doubt. Sell.