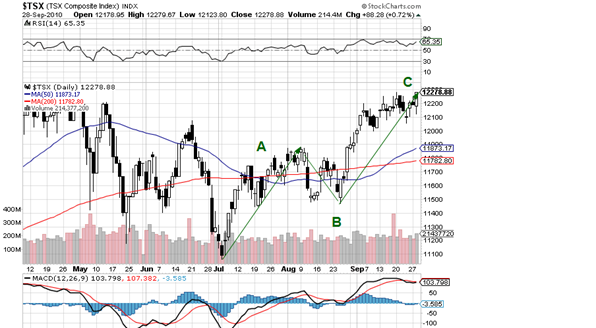 As per today’s high the correction is perfectly symmetric, the C leg is vector equal to the A leg. It is also a mere 40 points below the April highs.  Both the MACD and RSI seem to be topping .For the immediate bear scenario it cannot really go any higher. Should it do so, then I would suggest the wedge is operative and the top should then be formed a little higher but under 12500.