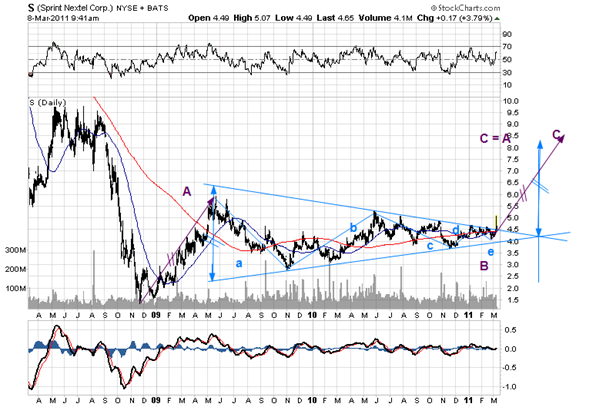 Sprint Nextel started its move, apparently the two parts want to split or something like that. At $5+ we got to a level above the d-wave. That combined with the proximity to the apex of the triangle (relatively speaking), makes it virtually certain that the triangle is done and now we should move up in C. Just as a reference, (this does not have to be so!) the high point is usually reached perpendicularly above the apex, and at a distance equal to the “mouth” of the triangle. In this case that would be about $8 in two to three months. At the very least, for this to be a A-B-C correction the C wave should reach the high point of A, about $6. Keep an eye on it.