Last November we looked at Royal Dutch to see what could be inferred from that for oil and the energy sector as a whole. So many companies displayed B-waves so it was only logical to assume that Shell was doing something similar. At the time that made our (incorrect)assumption that oil would peak around $104/5 rather plausible. Here is that chart; 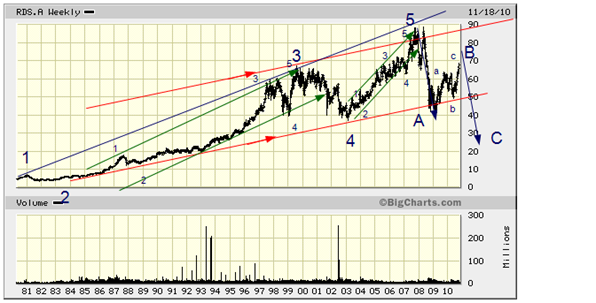 The chart calls for a peak at about $75 for Shell. In the meantime ( about 6 months ) that is precisely where we are. 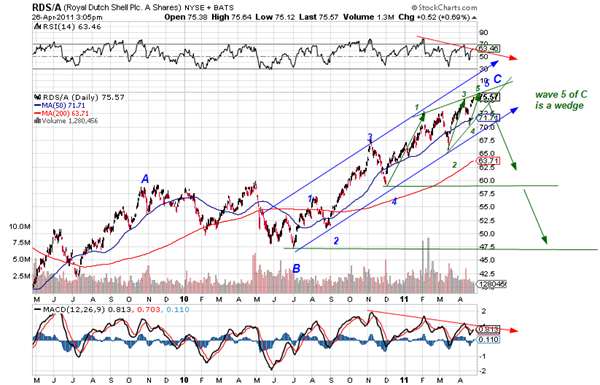 Here we are at $75/76 with a nice wedge (green) to finish it off. This completes C and with that presumable the entire correction from march 2009.