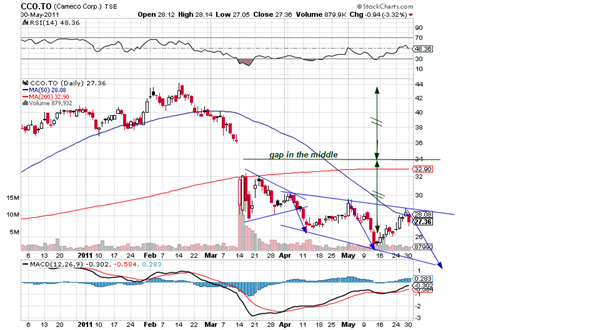 Yesterday’s announcement by Germany that it will discontinue nuclear power generation some 15 years earlier than previously thought, brought the stock down by about a dollar and it is possible that a diagonal 9 as shown) could form. However, it is not clear how they will pull this off and some cynics conclude that it is little more than posturing to get the Greens on side on another Greek support proposal. I do not think a diagonal will form, but it could.