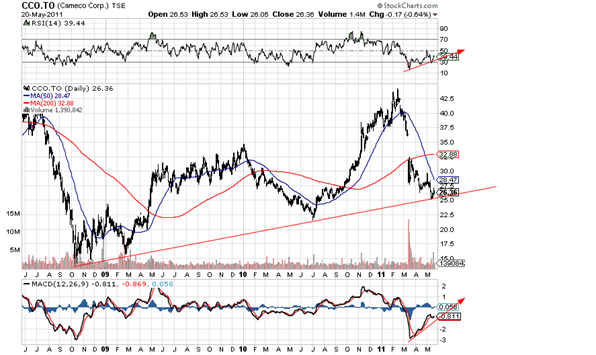 It is quite possible that no further moves down are coming; the red line connecting the lows may have done its work by providing support. A look at uranium itself makes this very plausible; 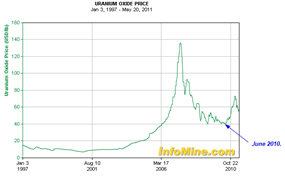 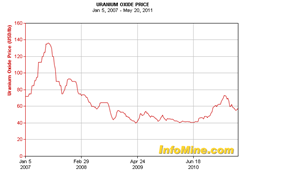 According to InfoMine.com the stuff hit a low of about US $ 40 per pound around June of 2010 well before anything had happened at Fukushima, Japan. Recently China’s  nuclear Energy Association announced that it will boost atomic capacity 8 times by 2020. India announced a similar expansion of production of electricity using nuclear fuel 13-fold by 2030.All of this should lead to a doubling of the demand for the fuel, never mind what other countries will do.