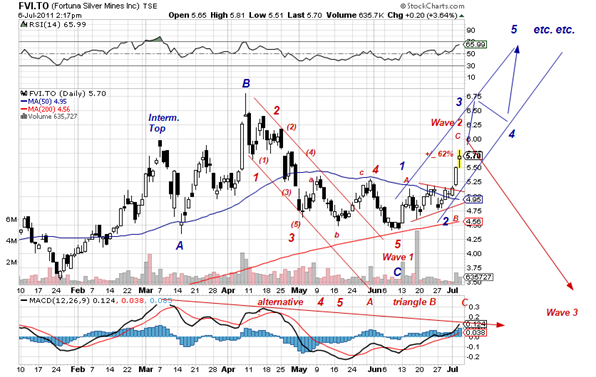 This stock has not crashed (yet?), in fact it stayed pretty well level for 6 months or so. This one is like a micro cosmos of the TSE itself. Depending on how you count the thing, we could continue up, or drop like a rock. Typically where you have an irregular b-wave (in blue), the subsequent C-wave drops below the start of the A-leg. This has not happened and may hint at a bullish resolution. On the other hand the drop from the actual top is a, relatively clear 5-wave affaire followed by an equally clear correction. This would favor the downside. The big picture, see previous blogs, also favor the downside.