Because this is the ultimate blue-chip stock it is good to keep a close eye on it. So far it has done mostly as expected even though just a few weeks ago it looked ready to go but then manages to regain it’s composure in short order. Here are the charts again now that we have reached $90.99; 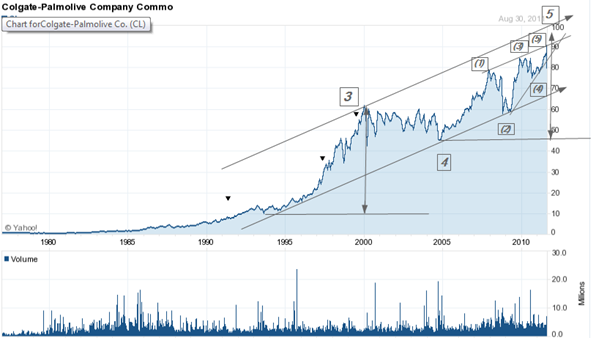 This is the preferred count. It has a pennant, wedge, rising flag or “contracting diagonal triangle” as a 5th wave. It should peak exactly at $91 but my pencil really is not that precise. Furthermore a “throw-over” of a dollar or two is not at all unusual.What supports this count is the fact that wave 3 remains the longest, not a necessity but nevertheless the most common situation. It also fits the markets overall best considering they started moving down half a year or so ago. But there is a possibility that this count is incorrect: 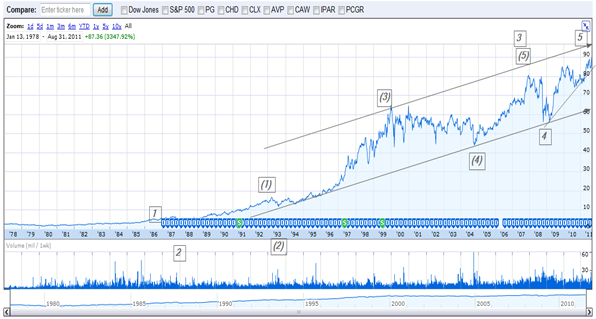 Using Google charts for variety, a case can be made for a 1-2, 1-2 start which then has to end in a 4-5, 4-5 as shown. The overlap does not matter because it does not occur within the individual legs. The potential target would be $100, that is to the upper trend-line. I do not know which interpretation will prevail but I do prefer the top one. In the end, if you buy your puts as suggested you should profit quite a bit either way. The most logical target is $40!