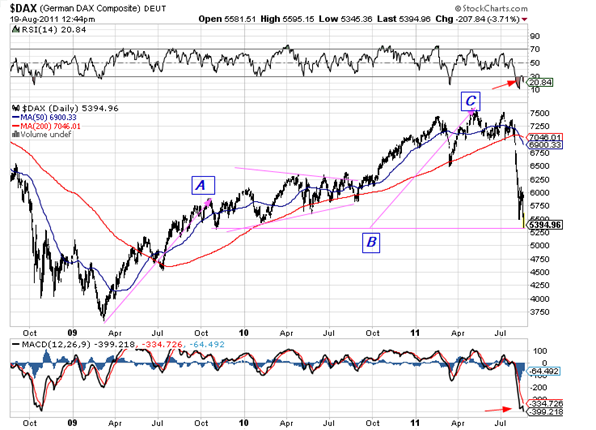 The DAX  moved up about 4000 from the lows, at today’s lows of 5345 we are very close to having given back 61.8% of that (another 150 points). Furthermore , stylized we are at the level of the B-wave and also have completed 5-wave move down from 7500, the July high. From the April high of 7600 that is not yet the case. However given the position of the RSI and MACD chances are that a solid rally will be the next big move. The MIB, Milan is also very close to a critical point having given back almost all of the gains over the last 2+ years. 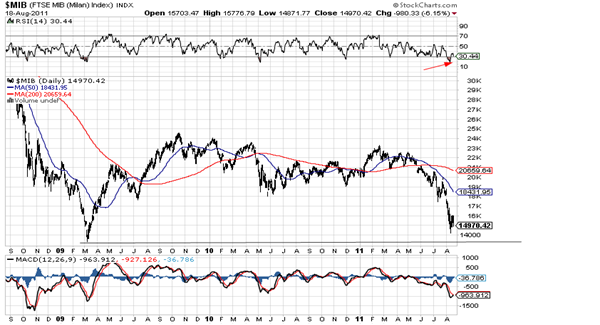 The wave count here more closely resembles a 5-wave move for the entire drop from February , one more bad day and you are there.

Longer term we should go lower but the intervening rally could be rather violent.