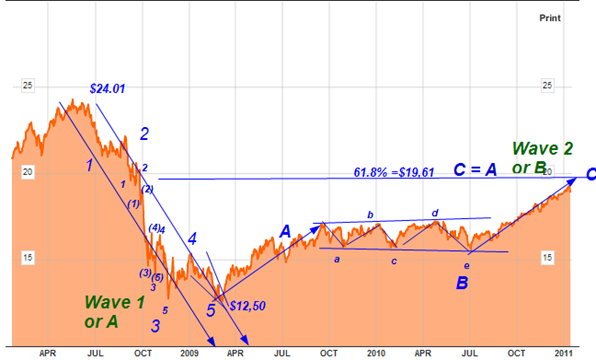 This chart is from Jan 24, 2011. The fund had not yet reached the 61.8% retracement that one would expect, calculated at that time at about $19.61  The prediction then was that the fund could once again lose 50% of it’s value! Here is where we are to date; 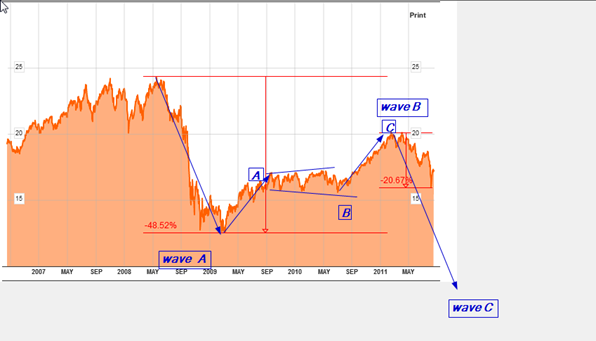 The fund actually peaked a few weeks later at $20,09 about 2.4% above the “ideal” level, assuming that was calculated correctly. We did not stay there very long and are now down 20.67% from that high. Just like with the initial decline, the fund gyrates a lot without going anywhere initially and consequently a solid retracement would not be all that surprising. But in the end it is going much lower, well under $10. Already the 5 year return is a negative 2+% and this will get a lot worse.

The question is why do they not chose their stock portfolio better?, after all these guys are not stupid (apart from a few notable exceptions). The problem is that in this fund RBC is the market and consequently cannot escape whatever fate awaits the market. But you can.