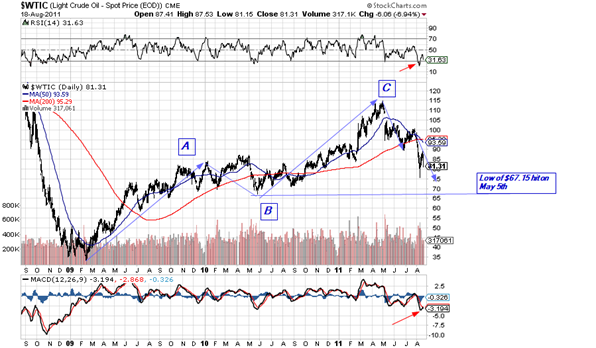 Oil, West Texas, has bee a good guide for the entire oil sector,together with Royal Dutch and a few others. As with the stock markets we are rapidly approaching critical technical levels. At $6 a day we may be within a day or two of the common target, the wave B level of this near perfect A-B-C. Also the RSI is at levels not seen for two or more years.

Suncor , SU, might actually be a buy at around $29 for a trade. It is obviously in the same position as the stuff itself, that is approaching the B-wave level. A bounce of $5 to $10 from there is not out of the question. Use a stop-loss as the count is not at all clear on SU; 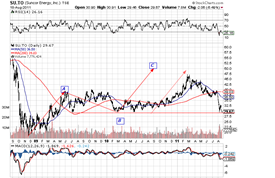 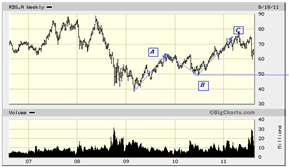 If Royal Dutch is a guide, we are nowhere near the bottom as it would need to drop to $50 to be in the same position as SU. Both are the largest oil concerns in their respective home countries, Canada and Holland but Royal Dutch is a lot bigger and more integrated making it less responsive to immediate changes in the price of crude. Click on the charts to enlarge.