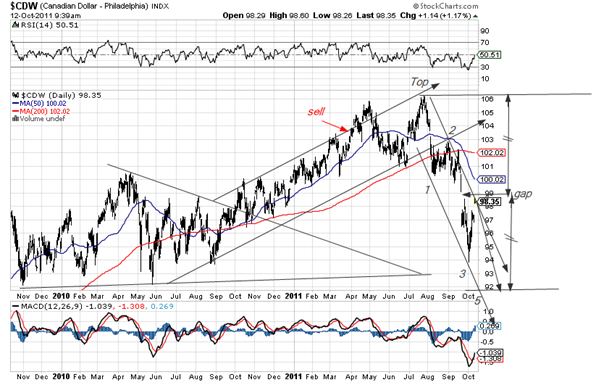 We were targeting 92cents on March the 18th, if you sold at 102 you would have been up about 10% at the lows, but the target had not yet been reached. It remains at 92 cents as that is either the low point of a triangle or the start of a 5th wave (normal or wedge). Using the gap in the middle also suggests a drop to that level. The rebound from 94 looks pretty violent but that is the nature of FX. Even if the top is put in the wrong place (it could actually be the earlier top) the move down is a c-wave and therefore has to subdivide in 5 separate legs. It clearly has not done that (yet).