If you heeded my prediction that the Dax would find support at around 5100, and bought in, you are now up about 13.7% from that level. I would recommend getting out! 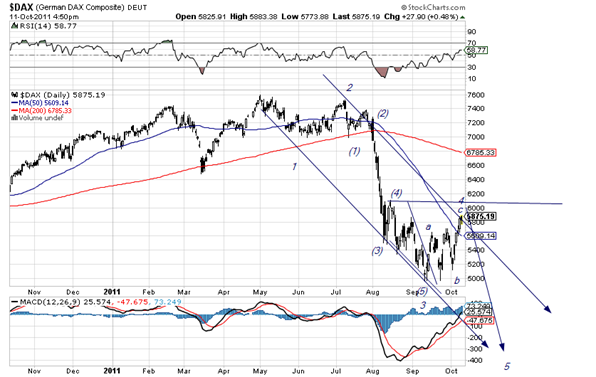 As illustrated a few times since, it looks like the DAX has not yet completed a 5 wave sequence down, which is fairly clear from the trend lines. Wave 4 would normally retrace about 40 to 60% of wave 3 (which in any case is the bulk of the drop). It is now on the upper trend line, at approximately the wave 4 level of 3 down and c=a , roughly,of wave 4 of 3. Time to get out. To belabor the point , we ad Siemens for further illustration; 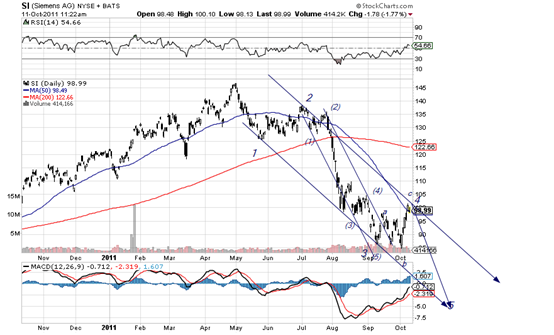