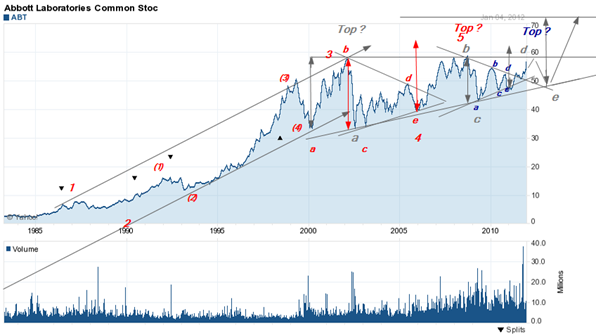 Abbott Laboratories  did very well for ten/fifteen years or so and then it started to flat line at around $48. In doing that it differentiated itself from the rest of Big Pharma that for the most part dropped like a stone, see for instance MRK, PFI, LLY and so on. The question now is whether or not it is ahead or behind the group. We would sell the stock as we are in the process of triple topping, always a reason to step aside. There are 3 possible triangles here, one of which has already had its thrust leaving only the possibility of the 10 year triangle thrusting to just over $72 or the present one (see below) going to $69. The alternative count is of course a 1-2 or a series of 1-2’s making the next wave down a little more dramatic. 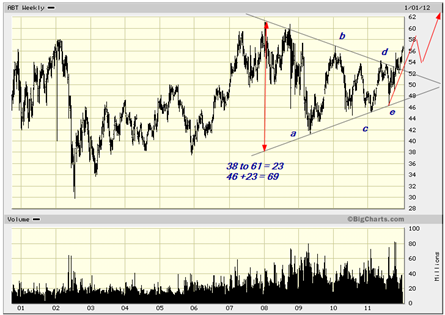 The risk/reward is such that there is no justification to hold on any longer. There is about $10 to the upside (very maybe) and $30 to the downside (an almost certainty), comparable to playing Russian Roulette with four bullets in the chamber.