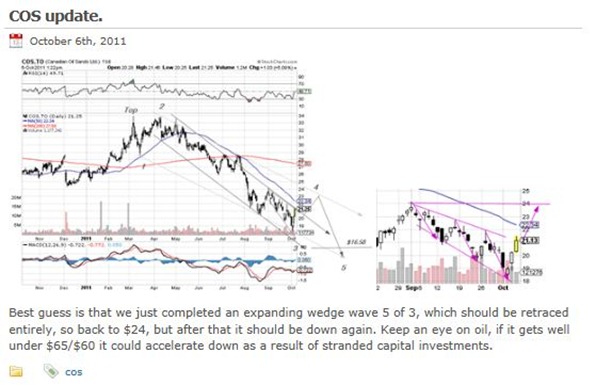 The above is the blog from Oct. last year; here is what actually happened; 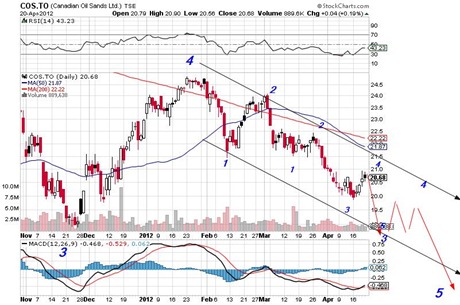 So it went to 24.5, not 24, close enough. Now what? Wave 5! This could take the stock down to $16.85 as previously predicted , or even lower. WTI trades at a discount to Brent of roughly $30 or so, but so does  Canadian oil relative to WTI, by approximately the same amount which would put the price at around $75.  Break even  is at around $ 65/$ 85 depending who you believe. Costs are rising rather dramatically so the earlier mentioned possibility of having “stranded costs” is not pure phantasy but is becoming increasingly real. With Alberta politics shifting to the right it might get harder to find a compromise on things like pipelines etc.