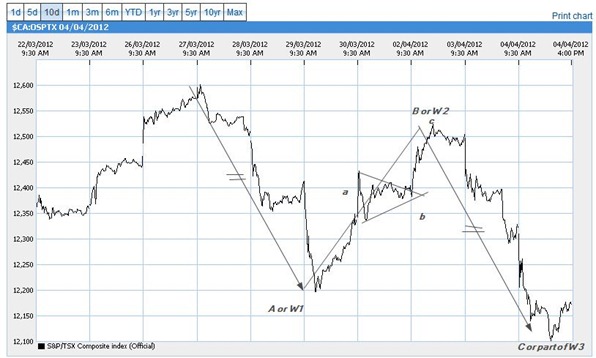 Right now it is not clear what this was. The beginning of the big bear in which case we would be in a wave 3 of some degree that is not finished and then continue down. The alternative , and given the symmetry etc., quite a plausible one is that we completed an A-B-C correction and now we go back up. The thought alone tires me but that is the message for now. The C wave should be 5 waves which is certainly not clear, and in a “flat”, which is what this is, the a wave is usually an a-b-c itself, which it is not. So I would favour the bear case but only marginally.