We were not aware of its existence , but there happens to be a Arca Natural Gas index, a misnomer to be sure as it does not keep track of the “stuff” and instead purports to track  18 stocks that are supposedly (primarily) in the gas business. Here is the group; 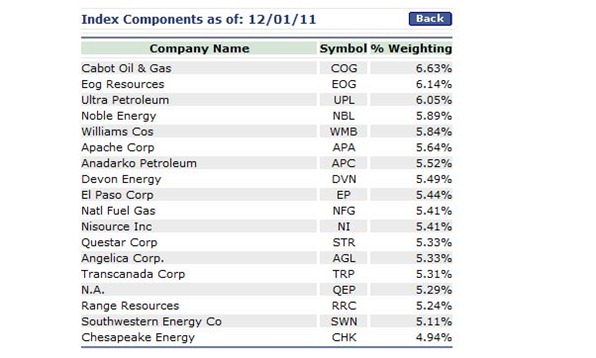 One could argue that some of these are not primarily involved in gas,  or like Transcanada only involved in the transmission, but we are not looking to change the world. Our objective is to show, that on a relative basis at least, Encana is indeed a hell of a buy. Here are both charts side by side; 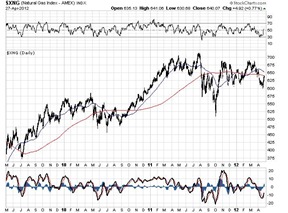 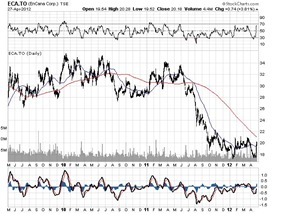 I can only get 3 years on this chart service , but that will do. Notice that the chart on the left goes up from the lower left to the upper right, approximately doubling in the process. The chart on the right (ECA)  does pretty well the opposite losing 1/2 of it’s value. So there is an anomaly to the tune of a factor of 4. Q.E.D.

CHK, Chesapeake is , of course , far more representative of what a  pure (not quite as there are a few nefarious things going on there) play gas producers has been doing. Like ECA it has lost more than half it’s value but it too might be a buy at these levels: 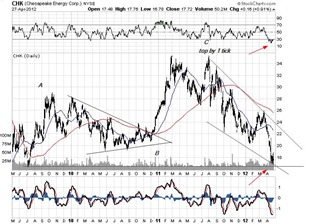