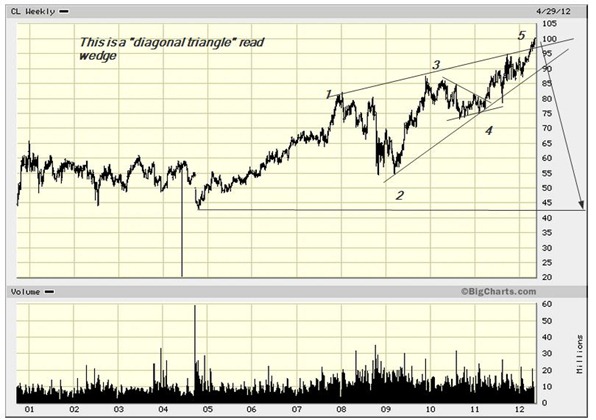 Colgate went to $100.80 in a “throw-over”, that is exceeding the upper trend line. We never expected this stock to trade much above $92 and certainly did not expect it to take so long. However we do not see any reason to change the outlook. This structure is, with very little doubt , a “diagonal” , the only structure that allows for overlap. Another characteristic is that the third wave is never the shortest! In rough numbers wave 1 was $40, wave 3 $30 and so far wave 5 is about $26 at the $101 level, ergo it can only go an additional $4 if this analysis is correct. 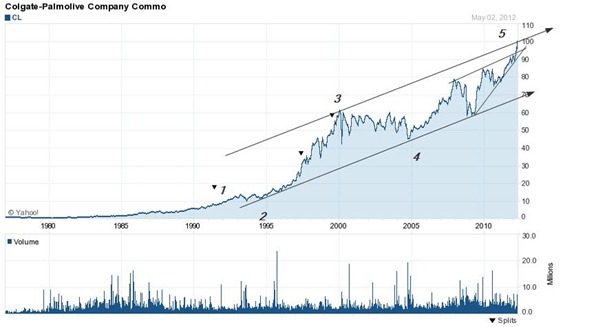 The only plausible but very unlikely alternative would be a count with a series of 1-2s at the beginning and 4-5s now. Even then the stock would be topping but the above rigid math would not necessarily hold. Jan 2013 options are now as follows;

Suppose you bought the 100 strike Jan 2013 put. It would cost $5.60. Should the stock drop down just to the lower trend-line (it should go much further) your option would be worth about $35.85 (where the $130 strike now is). Lower strikes give higher returns but with a lower chance. Same thing for shorter terms.