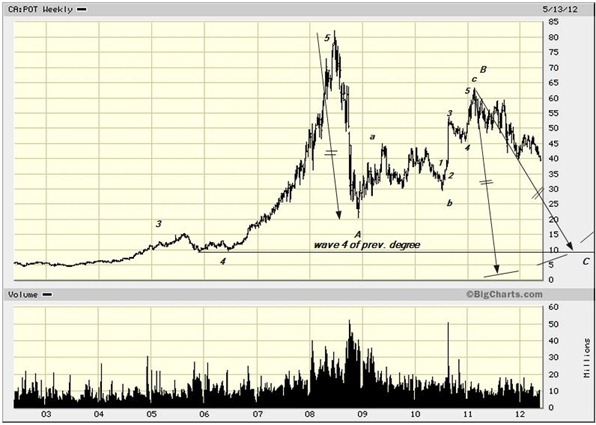 According to the company’s CEO and also the premier of Saskatchewan where the company mines and which province used to own this business as a “crown” corporation, the stock was worth more, a lot more in fact than the take-over bid of US $130 per share made by BHP at the time, which today is about C$45. In the frenzy following BHP’s unsolicited bid the stock managed to go right up to the target. Then the deal was officially killed for unexplained reasons having to do with Canada’s interests and here we are , roughly $20 or 30% lower. In our view the damage has only just started as the stock could literally be quartered on its way to $10, the 4th wave of previous degree, our original long-term target.