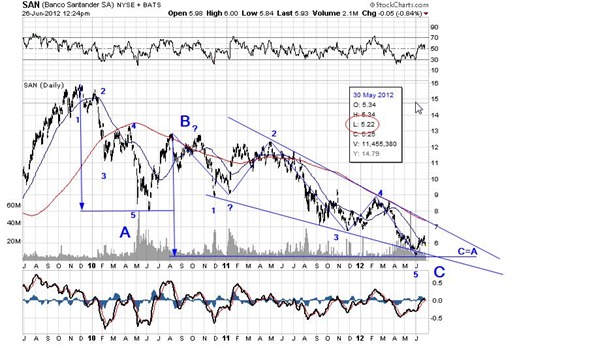 This bank has been downgraded again, together with 25 others, this time to BBB. Even so apparently it’s rating is above that of Spain itself, makes you wonder if the rating agencies are now more catholic than the pope to make up for their negligence four plus years ago. In any event we remain constructive for the long haul even if the stock did not quite get to our ideal target of $4. Use a stop at the low of $5.22

Banco Bilbao Vizcaya Argentaria S.A is the second largest kid on the bloc. This is the chart; 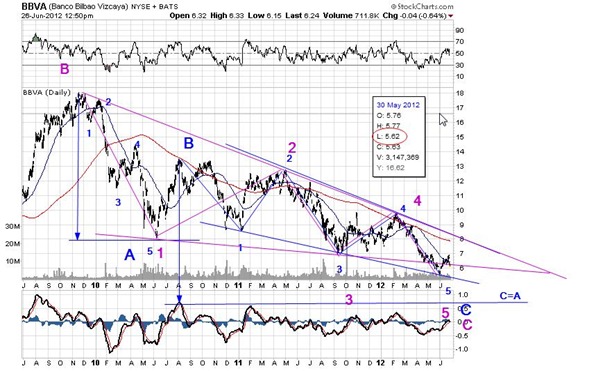 Notice that the two charts are almost identical except that BBVA got closer to the low in 2009 than SAN, also it has more overlap and C=A has not happened by a long shot. Perhaps the entire structure is better viewed as a single wedge with a slight throw-over at the end. This makes a lot more sense in the big picture. The C waves would be “failures” in that they do not make new lows (yet?).