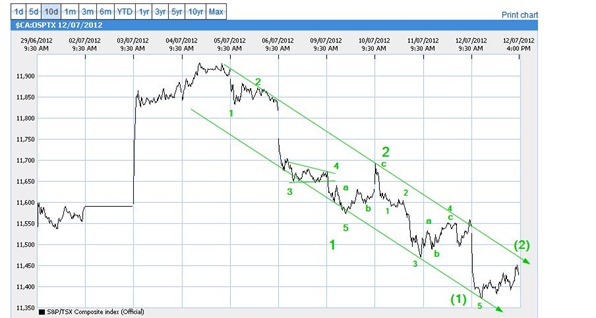 EW requires a daily chart that I do not have. Barring that here is the take on what I do have. There is a very clear, almost text book wave 1 down, followed by a retracement precisely as would be expected, that is to the top of the minor triangle wave 4. Then we do almost the exact same thing but on a slightly smaller scale. Though it is not possible to unequivocally draw a conclusion, the evidence suggests  that this was 1-2, 1-2 of different degrees and that things are going to accelerate.  This could make sense considering that the wave shown is itself a wave 3, perhaps, in a bigger picture. Furthermore there is no alternation which lowers the chances of this being a single wave. Time will tell.