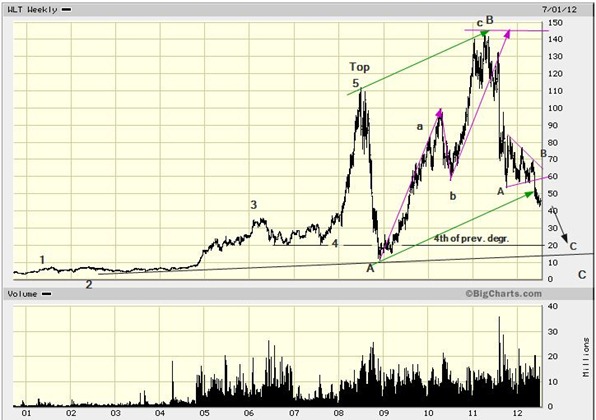 A nice 5 wave sequence can be counted into the 2008 high of $110. Some might, of course , argue that the B-wave shown is actually the 5th wave and that the top is at $143. That is impossible as overlap would have occurred! Furthermore the B-wave is nearly perfect, travelling a total of $133 and subdividing in two, almost equal parts off by only a few dollars. A B it is and here we are well into C. In fact C is already equal to A and could be considered complete were it not that it normally stops below the start of A, normally reaches at least the 4th wave of previous degree level and often reaches the lowest boundary line at about $15. It has done none of this. 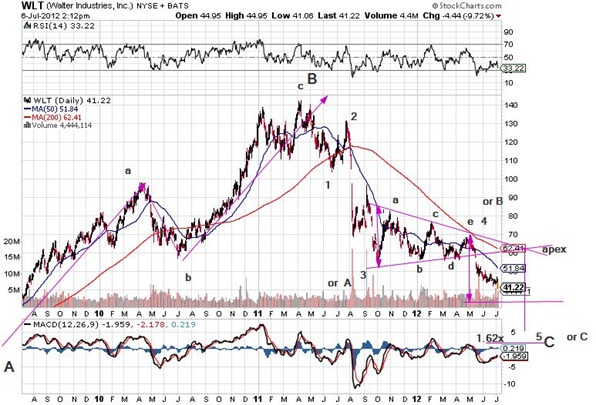 The C wave can be counted either as a 1-2-3-4 triangle-5 and should then soon be complete, or as an a-triangle b-c zig-zag which has quite a bit to go. $30 is almost assured under either scenario. We will keep an eye on it and also (see elsewhere and below) BTU which has a very similar pattern even if some details are different; 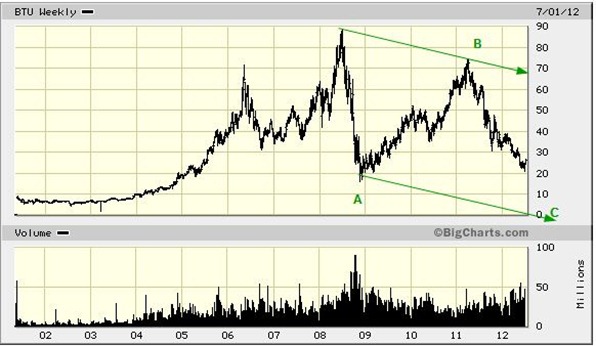 See our Oct. blog that was dead on.