Hecla is one such silver stock that we have previously mentioned. Back in January we even suggested this was a good, but risky, buy at about $4 for a target of about $7, potentially a 75% gain. Below is what has transpired so far; 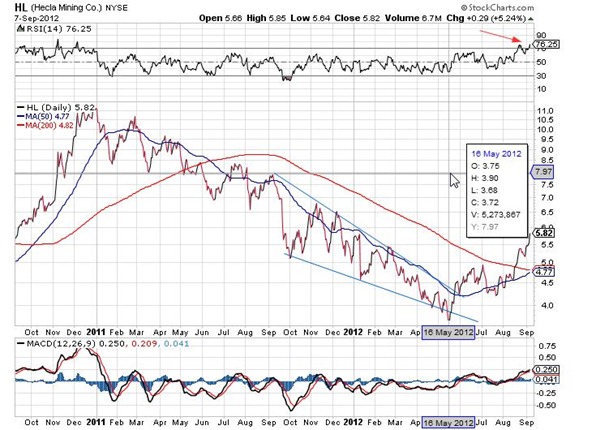 HL has a tendency to do very nice wedges and then reverse. Here the wedge is quite visible even if it is debatable in strict EW terms if it actually is one. The a-b-c rise from the lows is plain vanilla text-book stuff. It looks more or less complete with the a-b-c structure having traced out a pretty symmetric pattern with c equal to a. Of course this could still become more complex but, in the event you did buy on the recommendation we would sell now and take the roughly 50% profit. Notice that the RSI is already well into overbought territory.