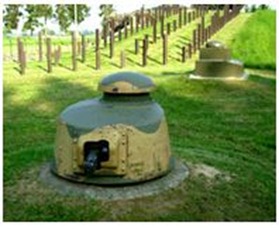 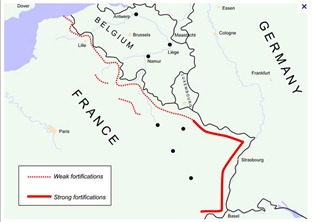 The Maginot line, named after a French general, counts as one of the biggest blunders in military history. The costs of these fortifications, built between the two world wars, amounted to over 3 bln. francs (when a bln. was still real money) and exhausted much of the budget to the detriment of other priorities. The whole idea was to keep the Germans out and it was, essentially based on the same thinking that the Chinese use when building their great wall against the Mongol marauders. That may have worked, this did not. The Germans simple blitzkrieged there way through the low lands, entered France from the North by way of Belgium and overran France in a mere 6 weeks. During the liberation of Europe the same fortifications were used by the Germans and effectively slowed the process. Colossal blunders such as these are basically caused by assuming things do not change.

Like Maginot, Bernanke has reportedly studied the events of the Great Depression many moons ago and is an ardent believer in the Keynesian approach. However nobody is quite sure what Keynes meant and in any event Keynes’ prescriptions were applicable not to a “general” situation despite the title of his best seller, but to a very specific set of circumstances. In economics, as in other sciences, there is this wonderful “ceteris paribus” condition. The beauty of this, all other things being equal or constant clause, is that it cannot be controlled for in economics the way it, perhaps, can be in real sciences. Furthermore we know with absolute certainty that during the time between the wars literally nothing was constant. Going beyond that the Fed now acknowledges that it is essentially experimenting with non-traditional tools with highly potentially uncertain outcomes. Could it be that Bernanke like Lord Cardigan during the Crimean War (1854) is leading the way in his own version of the Charge of the Light Brigade, another colossal blunder due to not realizing things have changed and fighting the previous battle..