Back on July the 8th we showed this chart;

In red what we thought would happen and , in green, the alternative possibility. Given the time that had already passed we preferred the red scenario and we were dead wrong. With the benefit of a little hindsight we should , of course, have known that all these QEs etc. would have elongated time itself and that is now water under the bridge. Nevertheless , now we can confidently predict once again that this stock is going to go down but probable not before it has once again traded above $32.  The exact EW count is somewhat confusing as there appears to be an extension of at least one of the waves in c though it is not entirely clear which one. The big picture, however, is quite clear; 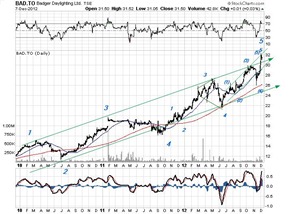 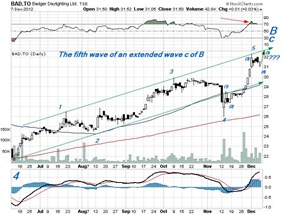