The then (June) and now charts; 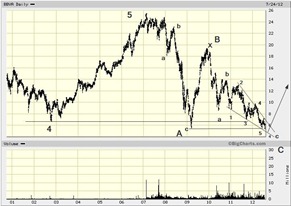 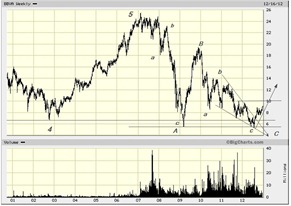 We advised getting out after the first 5 waves up, fully recognizing that the potential was much higher (see blog under SAN). Here we are doing just that as in the detailed picture below in dollars and Euros with different counts; 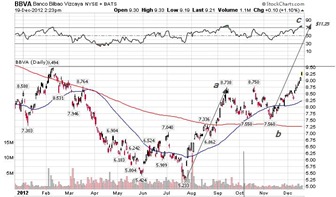 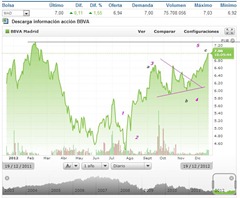 As a minimum one would expect an a-b-c, but a better choice might be a whole new bull market. Now that Greece’s credit was recently upgraded, the unthinkable becomes possible or even plausible. Of course Elliott wave is essentially the art of not thinking! We did think and that is the problem. However if you the reader did not, and you are still in this, $14 is even a distinct possibility. Similar projections are possible with SAN and EWG.