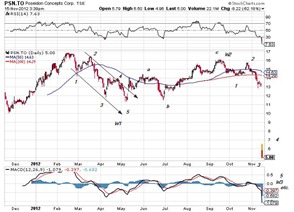 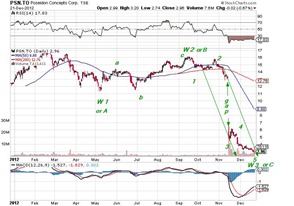 The 4th wave did not get quite as high as thought. It did not enter the gap area at all. Anyway now the 5th seems to be complete after hitting a low of $2.74

Now that the stock has dropped from $16 to <$3, our analysts are a little more optimistic than they were the first day after the drop, but not by much, on average they are now a hold instead of underperform. The company is going to “vigorously” defend itself against a lawsuit whatever that means. We would leave it alone but definitely would not sell it here. A good bounce is overdue. 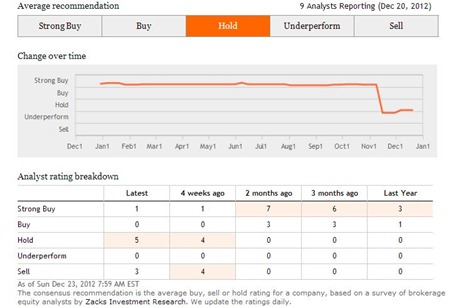