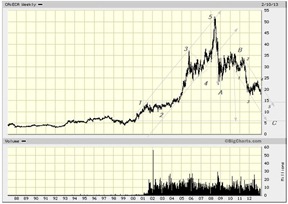 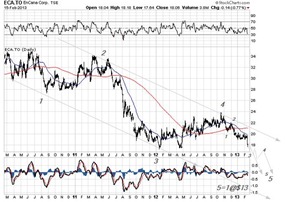 Encana has traced out very nice EW patterns (see previous blogs). It also climbed Mnt.Everest (the stock split since then), and is now coming down the mountain. This is usually more painful than going up, if only for the simple reason that most investors simple will not even contemplate the short side. So where will it stop? Anywhere between here and zero is the correct, but rather useless answer. First and foremost it should make a new low, that is trade below roughly $17. Next , very often, waves 5 and 1 are equal which would suggest about $13. This is also very close to the top of wave 1 on the way up, a fairly common relationship where there is an extended wave. Then there is the trend line at about $9.

There is no way of telling which level might prove to be the low other than monitoring the progress of this 5 wave of C and keeping our eyes glued to the RSI and MACD. For the moment the guess is $13.(see blog of 20 June 2011, below). 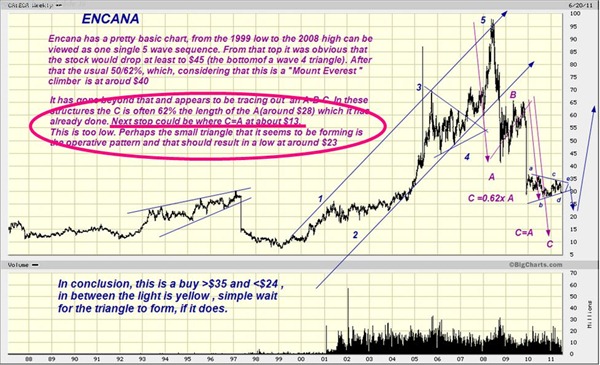