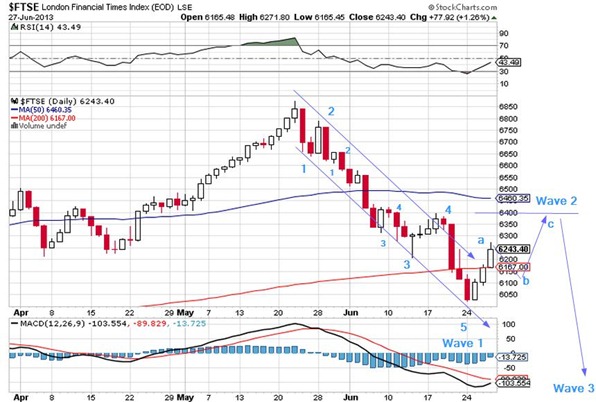 See our most recent blog on the FTSE. The argument was that 6000 would be critical. As it happens the index’s slide of almost 13% in a single month found a bottom and regained it regained its  composure, for the moment at least. The drop is a rather clear 5 wave move so a rebound is not that surprising. After an a-b-c wave 2 to about 6400/6500 the slide down should resume. The 5 wave initial move is clear in the FTSE but not in all indices so this interpretation could be incorrect. The DAX has an equally clear initial 5 waves down, but the DOW looks more like a corrective a-b-c! see below; 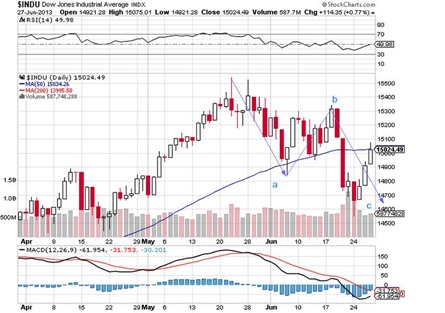