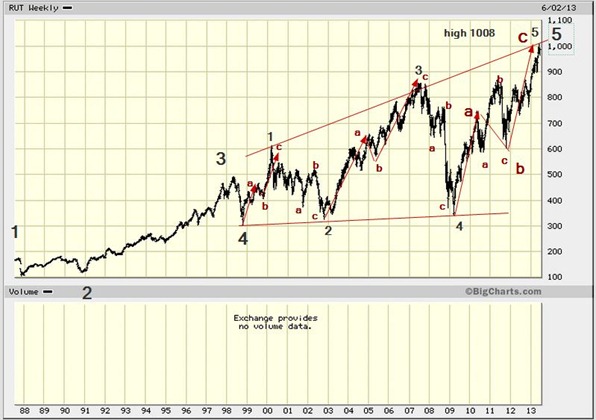 See also our previous blogs. A month (almost) ago we suggested that this one could peak at about 1050. It has reached 1008 and we wonder if this is it. It is the big “are we there yet?” question. This is a near perfect expanding diagonal triangle 3-3-3-3-3 structure which ONLY occurs as a 5th wave, that is at the end of the ride. They invariable break down to the base and do so rather rapidly. By the way, legs 1. 3 and 5 correspond quite nicely with Fed. action. 1 in anticipation of the Y2K problems that never materialized, 2 in response to the market lows of the tech wreck of 2003, and 3 in response to the “great recession”.