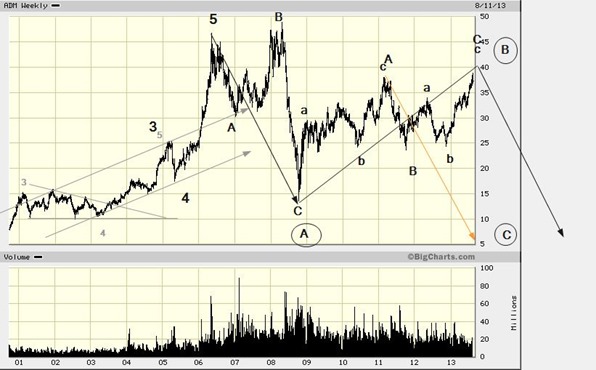 Back in early 2011 it looked like this stock had peaked at around $38 after tracing out a nice B-wave. Despite initially dropping quite a bit the stock regained it’s composure and has now spent almost 3 years to get to a slight new high. This is the nasty part about corrections. It is like boiling milk, if you look it seems to take forever and if you take your eye off it the milk is all over the stove in a nanosecond. On the positive side, thanks to the more complex correction, you are given a second chance to get out. We realize that the last C wave could still take the stock just a little higher, perhaps to $43 or so but given the symmetry hat is already there we would exit now.