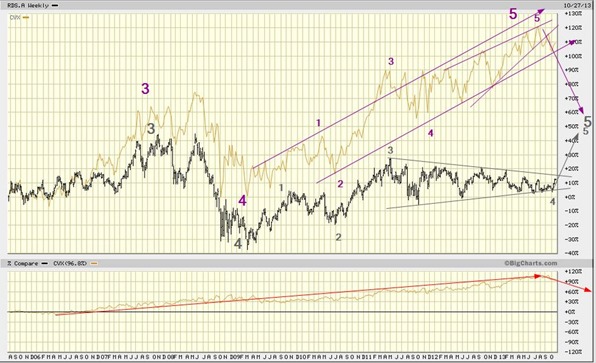 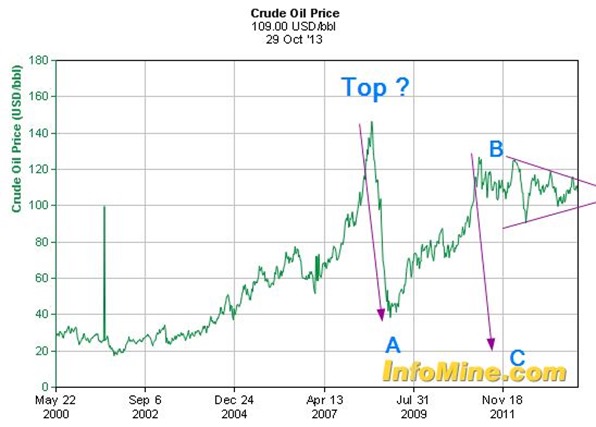 Royal Dutch  (the ADRs) and Chevron are about the same in size at roughly 225 bln. As you can see, we hope, Royal has followed the price of crude oil quite accurately whereas the Chevron guys have chosen to ignore the fundamentals almost entirely. Whether or not the various counts in these charts is correct is not all that important, but we do expect oil to drop back to the $40 level or so sometime in the future. The triangle, if there is one, would suggest that oil might actually go up, but the B-wave looks pretty compelling. In any event the extraordinary spread between the two integrated companies is, in our opinion, about to collapse. The spread now at about 100% since 2006 is probable as good as it gets. Sell one Chevron against a buy of two shares of Royal. Given the higher dividend on the Royal (by almost 2%) you actually will have a positive carry.