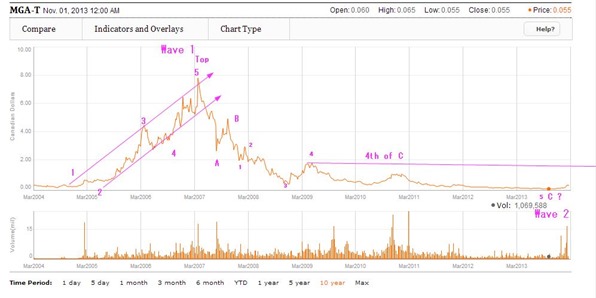 First the big picture. This stock peaked at about $8 back in 2007 after completing a clean 5-wave up sequence. After that it appears to have traced out a six/seven year A-B-C correction which was completed at about $0.55. During this time we had the Russians dismantling  a good part of their arsenal and the Japanese abandoning nuclear power all together. The Germans did something similar. The unanswered question was , of course, where are you then going to get the power. It seems to be more and more probable that the answer is nuclear power. So we have, or will have gone full circle and with the Chinese contemplating a few hundred reactors the whole demand/supply picture has changed dramatically. So much so that, if the $8 peak ever did make sense, it should do so again now.

In EW. terms a return to wave 4 of previous degree is sort of a minimum for a rebound, that is close to $2. Beyond that there are a multitude of possibilities over time. Below are short term charts to show the initial expectation. 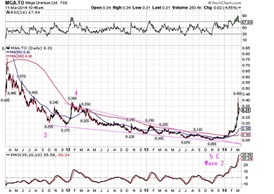 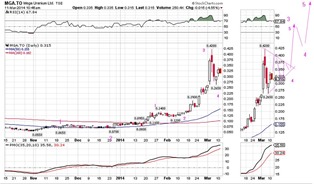 The stock looks a little overbought so it may take a little while for the next leg up. We expect a triangle here so the lowest point was already reached.