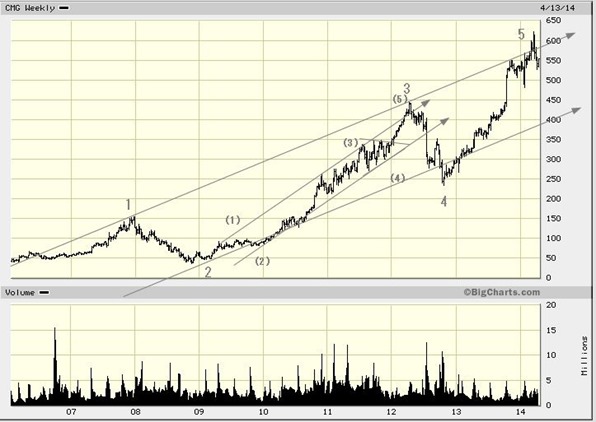 Originally we thought that wave 4 was a 5-wave move down to be followed by another after a rebound intermission. Now we have to assume that it was not 5 waves but a full a-b-c instead. Having no particular predilection for Mexican food, we have no idea what the secret sauce that they use is. But in any event it is very rare that financial Nirvana is reached through the taste buds. This thing now trades at a p/e of 55X and, more importantly, the chart sports a relatively clear 5-wave sequence over its existence. If our count is correct the next major target, albeit perhaps a year down the road, is around $240 which , coincidentally, also happens to be a 61% retracement!