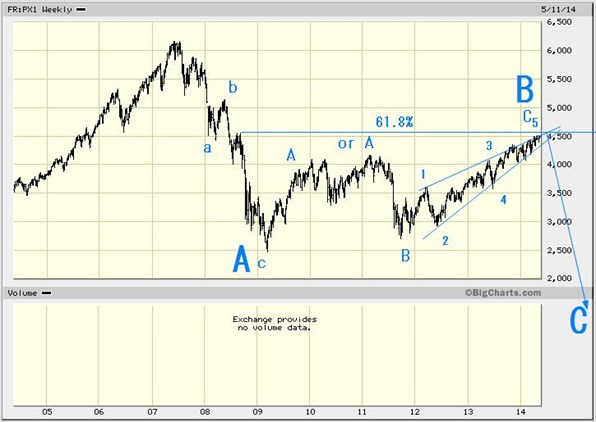 Here is little encore for the CAC 40. We like this chart because it encompasses precisely what we though – on the basis of EW – the markets would do. The “diagonal” at different degrees from the lows of 2011 is clearly visible. However the exact subdivisions may differ from the 5-wave sequence shown. It does have to be 5 waves but there may be a small triangle in the fourth wave position that would allow more time before completion. Notice, however, that we are closing in on the 62% retracement level which has always been the preferred level. It is worth while here to point out that from the beginning of 2010 to now, 4 years and 5 months , 30 trillion of worldwide QE, lower corporate taxes and a lot of direct propping up has accomplished a gain of less than 500 points or roughly 10 %. Perhaps it is because the French go to the École nationale d’administration , not Harvard and their central banker, unknown to most, never bothered to become an alumni of Goldman Sachs. Vive la difference!

The AEX, Amsterdam, is no different; 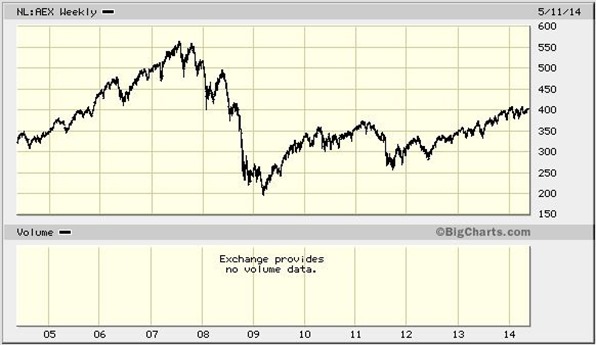 It has the exact same structure and is also at the 62% retracement level.