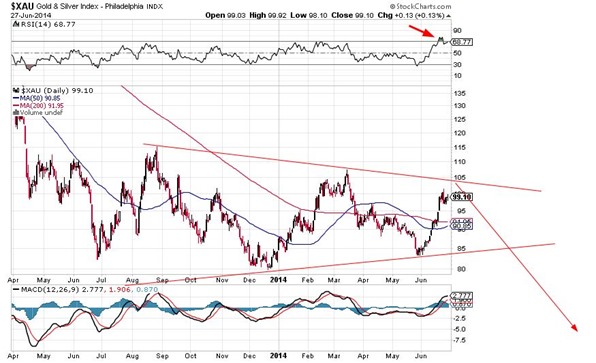 It is taking it’s time but is following the script. We have had a few near disasters, another war in the Crimean area of the Ukraine,  the complete undoing of the good work in Iraq by Bush and Cheney and the potential of a total conflagration in the area, a few territorial skirmishes between China and it’s neighbours, the ongoing civil war in Syria and the breaking of ranks by Fed. president Bullard, GDP revised to a negative 2.9% and so on. Nothing seems to matter all that much and if it does, counter forces come into action the same day to neutralize the effect. This should all change soon as the RSI in the chart is already very high.  The big picture path might look like this once the world starts to realize that central bankers are not omnipotent. 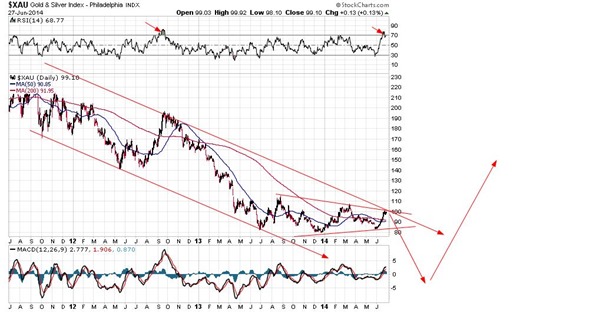 Once the low is in it should be followed by a terrific bounce. If a new high will be made years down the road remains to be seen. Some believe a 5th wave will do just that and others would view this bounce as a B-wave to be followed by a new low. At this time I have no idea and for the next little while it does not matter much..