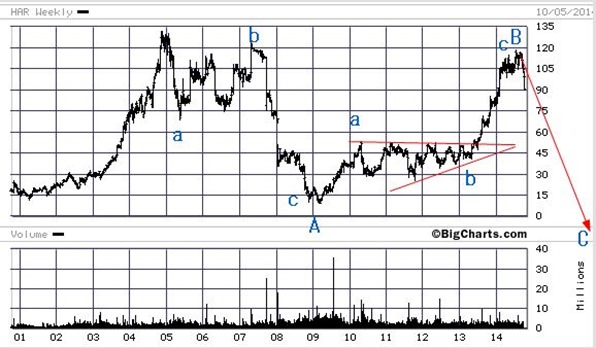 Harman Intern. Industries is the parent of the better known brand name Harman Kardon. They make audio equipment and have been around since 1953. Back in the early seventies the bank for which I used to work as a credit officer had large lines of credit to this company.

Looking at this chart we see an EW pattern known as a “flat”. The A and B are most likely complete and the C should then follow. As the name indicates, the whole thing should end up at the same low of the A wave and often well below that. This C wave, unlike the A and B waves which are 3-wave structures, should unfold as a five wave structure. The P/E is at about 26. A sell for sure.