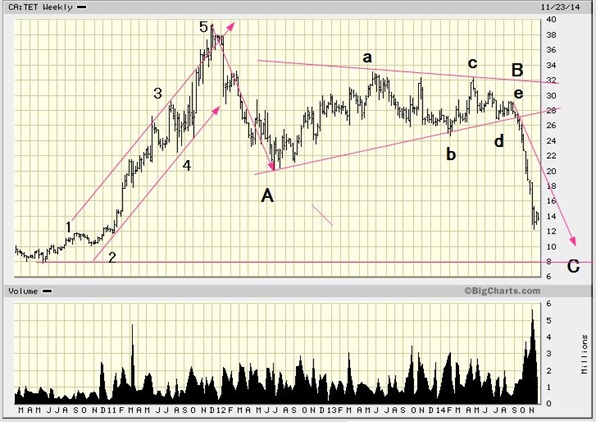 This oil/gas producer just announced its dividend, but the stock just kept sliding. It is oversold here but nevertheless it looks like the stock could go to about $8 from where it started (in its present form). In EW terms it appears to be doing a large a-b-c correction which has a little left to go to reach equality between the c and a legs. The triangle looks just fine even though the e leg is aborted and much smaller than usual. A buy at $8 or lower but not a short here at these levels. RSI and MACD are both oversold.