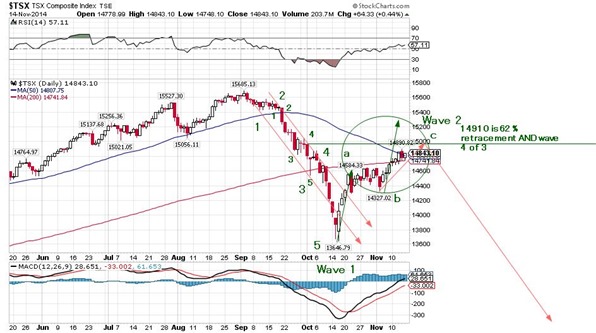 The TSX is relatively simple in its structure. The high was in early September and the initial drop was a clear 5-wave move. 5-wave moves never stand alone, there is either something in front of it (not in this case) or it will be followed by another 5-wave move in the same direction. Retracement of initial waves are usually quite large, almost equal to the initial move, so this may have a way to go yet. Even so retracements often stop near the 62% level, or near the 4th wave of 3 of the initial move, in this case just under the 15000 level. We are close, time will tell. 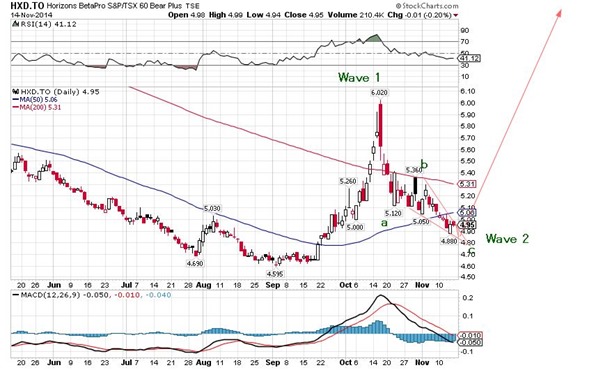 Our favourite HXD is, of course, doing the mirror opposite with leverage. The c of the a-b-c down appears to be forming a wedge. If correct it only needs one more little push down to complete. An excellent buy at these levels or slightly below.