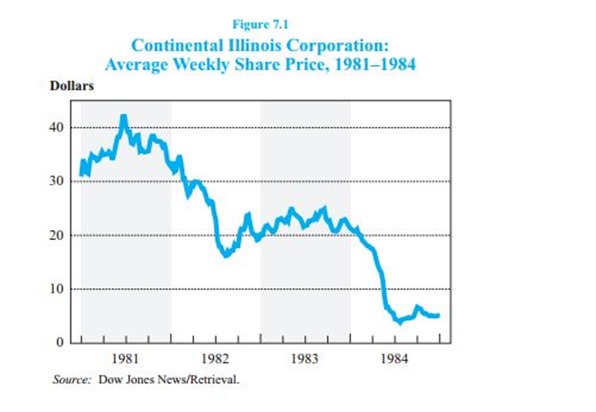 At the time Continental Bank had grown to become the largest C&I (Commercial and Industrial) banking operation in the US. It sourced a good part of it’s loans through a country hick bank called Penn Square, most of which were related to the oil and gas industry. They were a happy lot, masters of the universe and drinking beer from their cowboy boots. But it did not last long, Penn went bust first in 1982 and Conti followed in 1984. I had worked for their Canadian operation. This was the biggest bank failure in the US and it helped to promote the concept of TBTF, too big to fail, but fail it did and in a rather spectacular way. That was then and this is now and as this event is 30 years old just few care to remember. Now with oil down 44% and all the shale producers leveraged to the eyeballs the time may have come for history to repeat itself, somewhere and somehow.

Just remind yourself never to work for a company that has CON in its name, as in this bank and, for instance, Confederation Life. I worked for both.