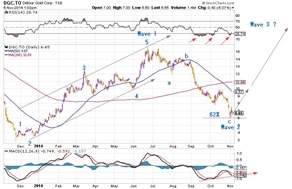 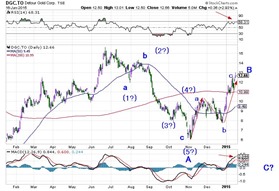 So we had a second buy at about $6, then an intervening sell at just under $10 but only if you were uncomfortable, now we would sell regardless. It is a nice double in about two months or 1000% or so compounded per annum. Our sell is based on uncertain wave structures and the application of the best motto in this business, “when in doubt, get out”. In the bigger picture here are the two main possibilities; 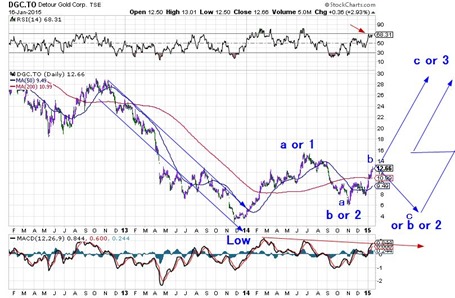 We will keep an eye on it but otherwise leave it alone un till the count becomes clear. By the way, Kinross (and quite a few others) have a similar a-b-c’s  from the recent lows which warn that another down-leg is still possible. Note that the RSI and MACD both appear close to a critical level.