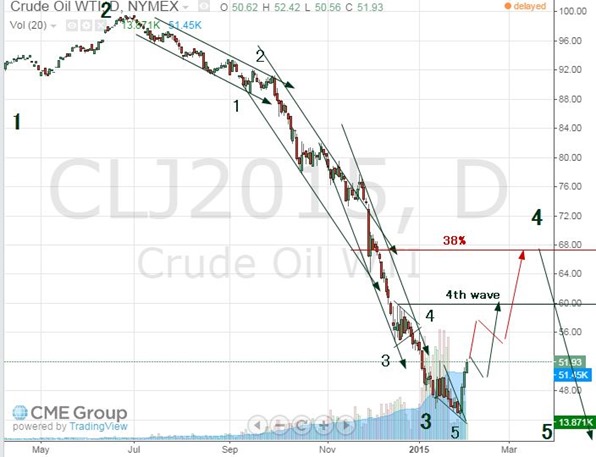 We have absolutely no idea how this should be counted, except that we are pretty certain that there is a triangle at about the $57 level, which is why we did not expect a drop substantially below $50 (this is the April contract so the numbers are not directly comparable). Also there was a clear wedge at the very bottom, a frequent sign that the whole thing is over- for the time being. This is a $56 drop so the first retracement should get us to the 4th wave of previous degree, that is the top of the triangle at about $60. Next a retracement of about 38% which would take it to almost $68. That should complete the rebound.

The shape it should take, in its simplest form, is an a-b-c. However, this will become a 4th wave of the much larger C wave (see earlier blogs, also ACQ), so a very large flat or triangle, with pretty big swings up or down , is a distinct possibility. Time will tell.