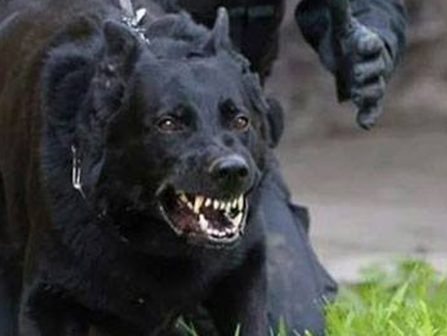 When you enter any one of York’s regional forests there is a sign at the gate that reads………..

DOGS MUST BE IN CONTROL AT ALL TIMES.

Just like the dog in the picture, our Rhodesians were also always in control but is this really what the bureaucrats meant, or did they mean that you, the owner, must always be in control of your dog? Today few people are taught proper  grammar and most do not know the difference between a noun and a verb and even fewer have heard of a transitive verb.

Here is another example; 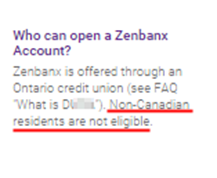 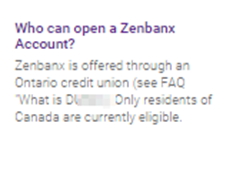 On the left is the original text from a very lengthy  FQA (Frequent questions and answers) e-mail sent to many potential clients. In this example the confusion is between nouns and adjectives.  I contacted the help desk ( in California) to bring to their attention that this might be a very poor choice of words as they were essentially barring a good number of existing clients from participating, particularly Dutch landed immigrants. Unlike most of the Common Wealth members, Holland does not allow dual nationalities if acquired voluntarily and as a result many never bothered to become Canadian.

It took a little effort and a few tries but in the end someone high up agreed, and the text was changed. It is not the Dutch only that were barred. It takes at least 4 years as a landed immigrant before you can apply for citizenship. A lot of people, millennials in particular,  would not have been able to use Zenbanx’s services.