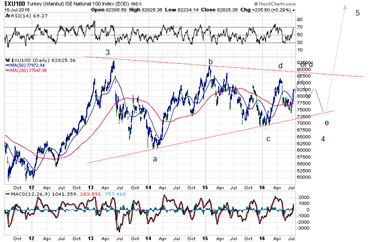 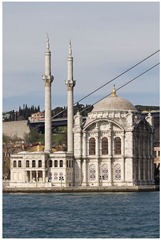 In the UK we had Brexit. All the players, on both sides, seem to have come from Etons and were all members of an elite fraternity where they could practice posh hooliganism with impunity. From there on it is not hard to assume some sort of conspiracy or at least some form of working together. Right now the World is not even sure Brexit actually happened, or will happen. Turkey, or more precisely Istanbul, is a lot more complex. So there was a coup, we are told, but supposedly it was unsuccessful and that was good, or was it? The armed forces which have always been the real power behind the scene, were unhappy that Turkey was slipping away from secularism , the main pillar of Kemalism, and moving back towards Islamism as a state religion. Many will be surprised to learn that the hijab and other headdress for men were strictly forbidden for many years. Why this failed coup is good is unclear but is probable based on the notion that a coup is always bad. Things are more byzantine here, many more under currents.

The stock index has gone from zero 15 or so years ago to about where it is today. At the same time the Turkish Lira has been going down steadily losing about 2/3ds over the past ten years. In EW terms the past 3 years appear to be forming an, as yet unfinished, triangle. In it d may still have a little to go and then e should follow. From there we should get a thrust to a new high to a little over 10,000 in local currency terms. So again bad may be good or visa versa, time will tell.

The mosque is in Ortaköy by the way.  A village fairly close to the center of Istanbul, where one of the suspension bridges is now anchored and also where I grew up, so at least I know where it is on a map.