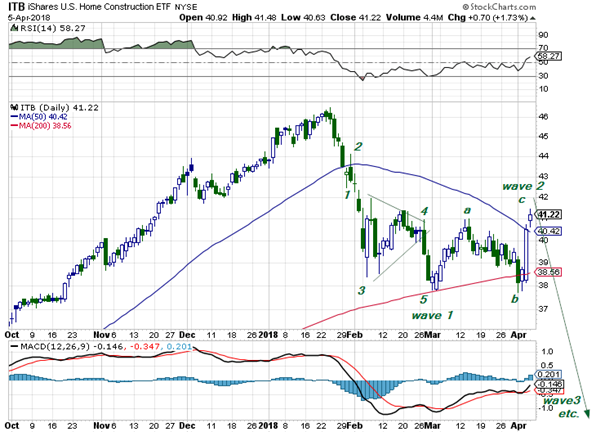 ITB is a rather obscure U.S. Home construction iShare or ETF.  The analogy with the Dow is a bit tortured but nevertheless it illustrates the point.

Here we have an initial drop of about 20% into early March followed by a fairly clear a-b-c  corrective counter-trend correction, a wave 2. That may or may not be over and may continue to $42 or so. Then a wave 3 has to start as 5-waves never stand alone!.

The Dow is slightly different but in essence doing the same thing. It could break to the upside beyond yesterday’s high of 24,622 to complete the c leg. With the new trade war with China getting a bit ridiculous this does not seem likely but some modification of this pattern may result.

For those that do not have the benefit of a formal training in economics, I would like to point out that a trade surplus or deficit between an open economy and the rest of the World, of necessity always equals the governments surplus or deficit. This is an inescapable truism. It follows then that a trade deficit is the direct result of a profligate government spending habit. Trump has added immeasurable to this problem. Also, if your currency is THE world currency, it remains to be seen who in the end actually pays. Kudlow, who is not an economist, will have his work cut out for him.

Forget economics, who is going to win this one? 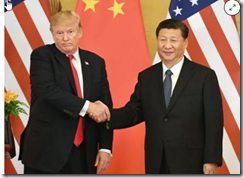